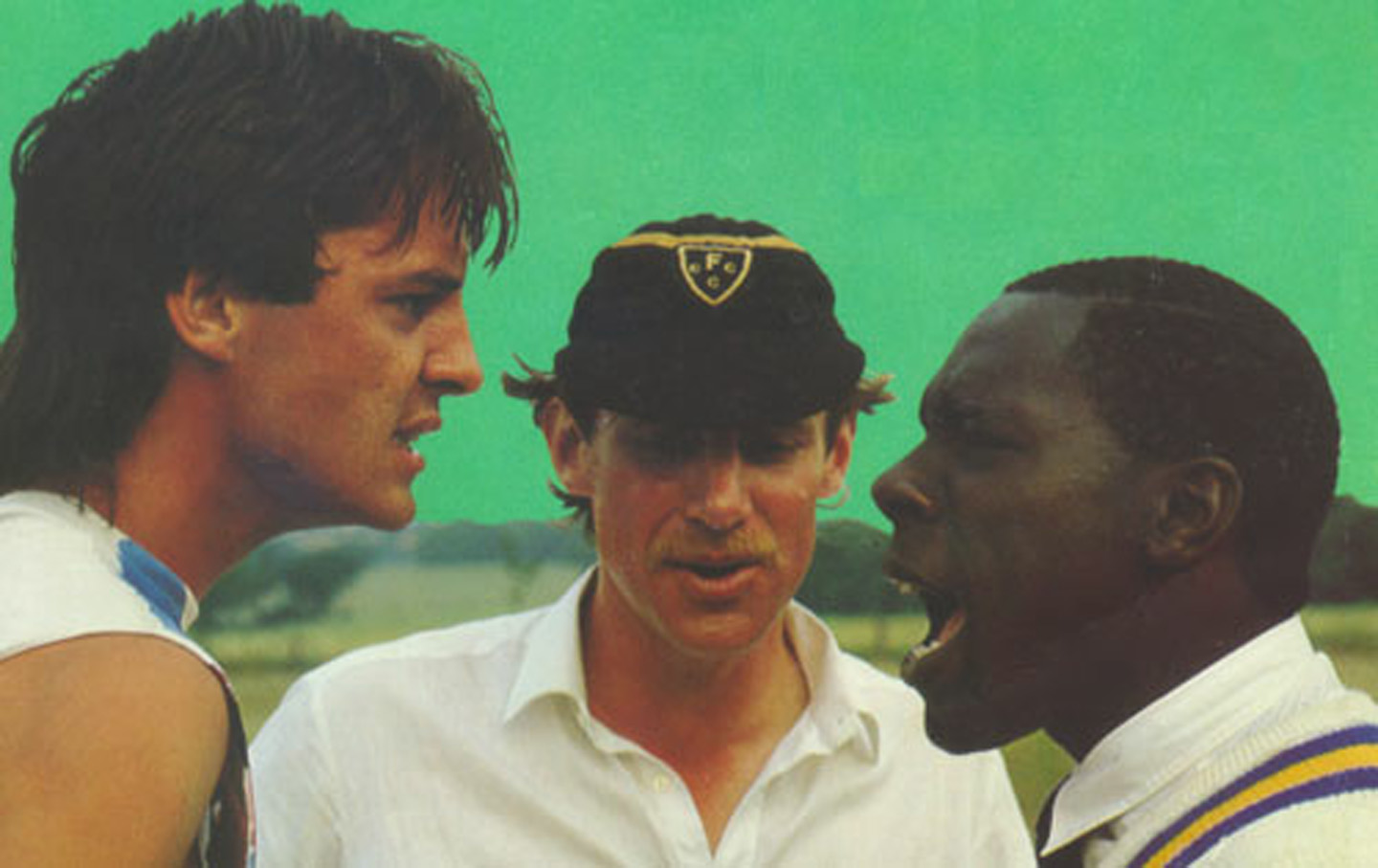 To mark the conclusion of their “Third World Week” celebration, a cricket team in a small English village invites a West Indian cricket team from South London to a charity game.

“Not surprisingly, there’s wariness on both sides. But Willie Boy (Norman Beaton), the proud, wryly philosophical captain of the Conquistadors, is intent on accepting the invitation. Meanwhile, the captain of the Sneddington Cricket Club, the innocent but overweeningly self-satisfied Derek (Nicholas Farell), is confident of a handy Sunday afternoon victory.

Obviously, the possibilities, both comic and serious, in this cultural exchange are endless, and the filmmakers seem not to have missed any of them. But, for all the film’s abundant humor, Ove, said to be Britain’s first black film maker, and the Oxford-educated Phillips, never let us forget that racial tensions lurk beneath the occasion’s sure of good will. In the end, Playing Away’s pleasures are subtle and genuine.” – Los Angeles Times