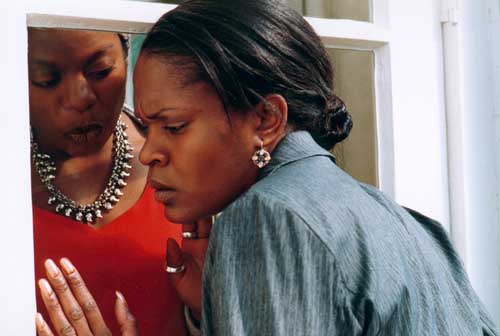 Papa’s song is a drama of domestic tension and cross-cultural misunderstanding. Nico Verema (Rene van Asten), a decorous, somewhat gloomy Dutch magistrate, lives happily with his wife, Shirley (Roman Vrede), who is from Curacao. Shirley’s two young nephews, in the Netherlands to escape a bad situation at home, complete the household.

Its atmosphere of calm bourgeois propriety is soon upended by the arrival of the boys’ mother, Magda (Lisette Merenciana). Shirley and Magda relationship is very stormy: they careen from screaming recrimination to tearful tenderness. Nico tries to mediate and soothe, but when Shirley, who cannot bear children, demands that he impregnate her sister, the good judge finds himself entangled in an intergenerational, trans-Atlantic web of family dysfunction.

“Papa’s Song” touches on a number of fascinating and difficult themes, including the state of race relations in the contemporary Netherlands. A. O. Scott, NY Times.